The Hear our Heart Project are the proud winners of the
2012 Wudhagaragarra Award.

Wudhagaragarra is a Wiradjuri award meaning to listen, to learn.
(How Ironic is that meaning)
We received the School Community Partnership Award and are
very honoured to do so.

Please email Sue Went, our Communications Officer, if you would like newsletters posted or emailed to you.
communications@hearourheart.org
​

December ........ NEWSFLASH
Our new hearing testing equipment has arrived. $25 000 worth of quality that will help so many children.
We purchased our gear from Sonic who are a company in the William Demant Group. http://www.demant.com/about.cfm

Part of this group is the  Oticon Foundation which is where we got our $62 000 grant from in January. We bought our equipment from them as we wanted to give back to them , as they were so generous to us.
When Hans Demant founded Oticon in 1904, it was for a good reason: his wife was hearing impaired, and he was determined to help her and others like her.  http://www.demant.com/foundation.cfm 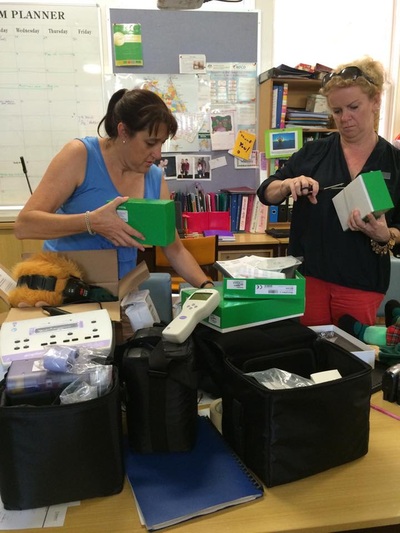 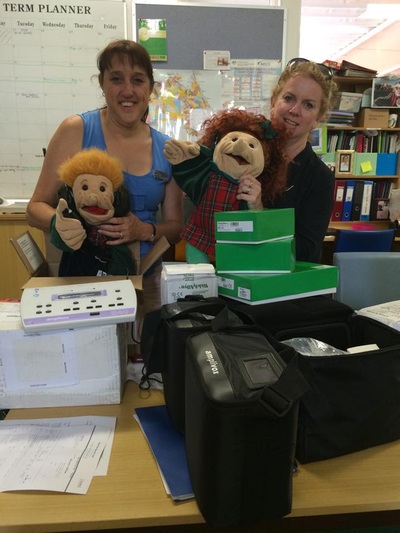 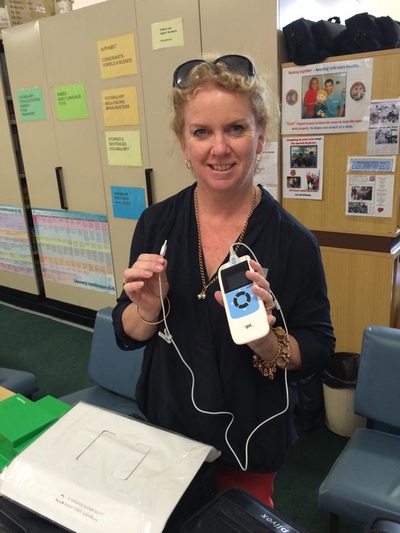 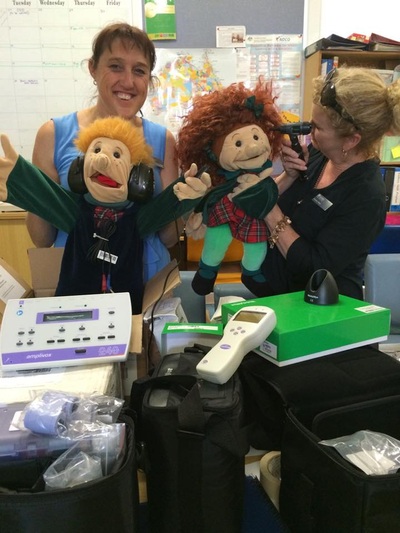 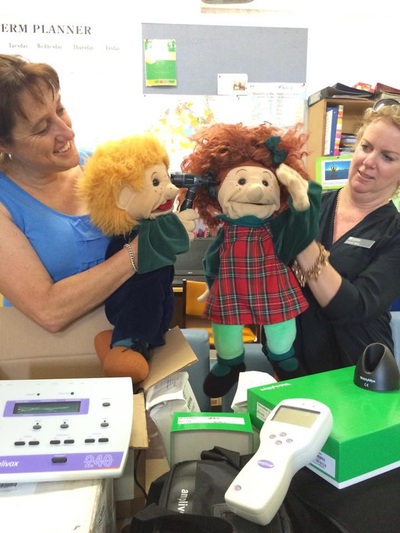 awarded from Oticon Foundation. What a way to start the year!

﻿Read the local Dubbo Daily Liberal Article below printed in February. This very generous grant is an Australian first folks. The Oticon Foundation is a Danish Foundation and donates to Danish projects. It is an honour for us to be a recipient. Because of this grant we will now start hearing testing this year, beginning with St Laurence's Primary School in Dubbo before Easter. Thank you Oticon. 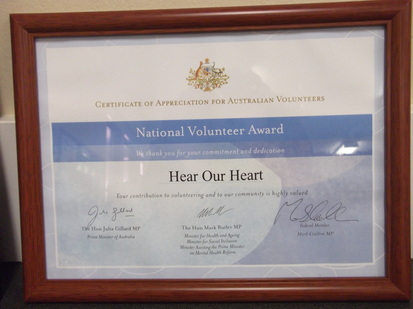 JUNE, 2013
Welcome on board the Ear Bus Warren Community. 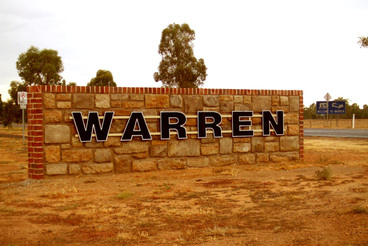 We are extremely excited to announce a new Committee for the Ear Bus project has been formed in Warren.

Thanks to the enormous effort June Hawkes has put in to pull the community together for their first event in June 2013.

A Community Trivia night was held with over $6000 raised.


Dubbo City Toyota joins the list of keen SPONSORS for our Project. 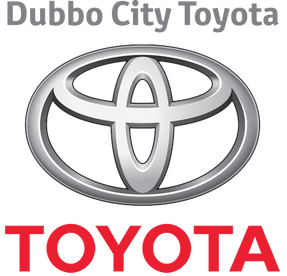 At our Dubbo Xmas in July Dinner Toyota Dealer Principal David Hayes announced
"I will be providing the Toyota Coaster Bus at bare invoiced cost as well as servicing the Bus for free for a 3 year period. I am so impressed with the efforts of the people on the Ear Bus Committee and can see the need for this bus to get on the road as soon as possible. I will donate a further $10,000 to the local charity.
Out of all of the local organisations and charities that we support The Ear Bus is my personal favourite because the kids are our future and the ladies on the committee have explained many stories to me where many learning difficulties and social issues were alleviated by discovering a hearing issue through a simple hearing test.
The kids thrive once their hearing issue is treated. This is an important charity that must succeed in my opinion” David has also donated a signed Lee Kernaghan guitar  for us to raffle next yr

Rodney and Danielle Sparrow, DUBBO GOOD GUYS, announce that we will be their beneficiary of their LOCAL GIVING PROGRAM for another 12 months. 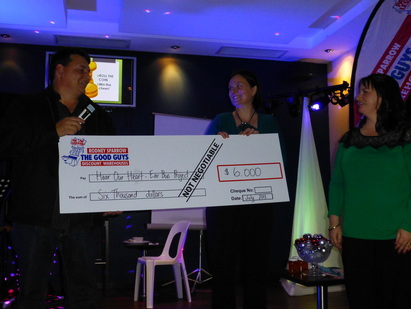 Rodney and Danielle present the cheque to Rowena Galway
They presented us with a $6000 cheque at our Xmas in July Dinner.
This was  proceeds of the Local Giving Program for 2012-2013 period.
We look forward to their support for the next 12 months.
Rodney said, as he presented the cheque, that our charity is very close to his heart as one of their 4 children has suffered Glue Ear for many years and the after effects of this disease on a child's education is more than you realise.

Lets ask Toyota Australia to provide the Bus for us?????

David Hayes suggested we made a short movie for him to take to Toyota Australia to showcase our Project. The aim of this is to ask for Toyota Australia's support in providing the Toyota Coaster Deluxe.

In November we met at Toyota, with Graham Palm from Palm Audio and Visual, ready to film us. We were lucky enough to have Local GP Dr Ramana Kaipu and Ear Specialist Dr Taeed Quddusi at the filming. We also had St Laurence's Primary Dubbo Principal, Mrs Pauline Walkom. All of the children involved in the filming had ear problems, even some of the adults did when they were young!

Please pray for this submission to be a successful one.

Enjoy the slide show below....


The Hear our Heart Project are the proud winners of the
2012 Wudhagaragarra Award.

Wudhagaragarra is a Wiradjuri award meaning to listen, to learn.
(How Ironic is that meaning)
We received the School Community Partnership Award and are
very honoured to do so. 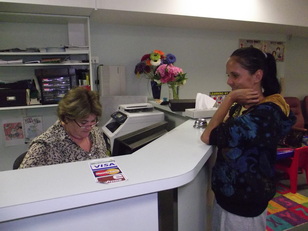 What an awesome suprise to find out that she won the        $10 000.
She already does so much for Otitis Media children in Dubbo and district, so to think of entering us in this competition is just fantastic.

We thank her from the bottom of our hearts for truely HEARING OUR HEART.

Front Row classroom sound systems have sponsored the Ear Bus $8000.This fantastic news was announced at the Gala Ball on 10th November.

NSW Front Row Business Manager, Allyson Young, travelled to Dubbo to attend the Gala Ball and announce the news.
Most Schools and Child Care Centres in Dubbo have Front Row sound systems installed in their classrooms to help their children hear accurately, so,  it makes sense for Front Row to be a sponsor.
Both organistaions are passionate about improving childrens  hearing in the classroom.

Links to our Newspaper articles