Other reasons why children get Otitis Media 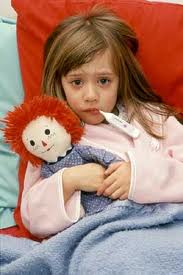 Bacteria:
Children under 2 years of age do not produce antibodies against the most common bacteria causing Acute Otitis Media.
After 2 years of age, the immune system begins to produce antibodies against these bacteria.  This developing immunity probably explains much of the spontaneous improvement in many children suffering from Otitis Media as they get older.
It may also explain the more rapid clearing of fluid from the middle ear
seen in older children after Acute Otitis Media. 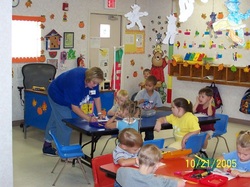 Daycare:
Children in large families and children who regularly attend any form of pre-school  facility (daycare, crèche, playcentre) have up to 7 times the normal rate of Glue Ear due to higher rate of spreading of respiratory infections amongst groups of children.

Cigarette smoking:
Scientific data suggests that smoking near children increases the child’s risk of  developing Glue Ear.
Cigarette smoke irritates the Eustachian tube and can cause it to swell, sometimes even swell shut.
Eustachian tubes must be full of air for the middle ear to work properly. 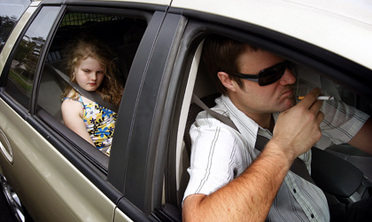 A new report from Perth's Telethon Institute for Child Health Research has found a strong link between childhood ear infections and exposure to tobacco smoke. FOLLOW THE LINK BELOW TO READ THE STUDY
http://www.childhealthresearch.org.au/news-events/media-releases/2008/may/ear-infections-linked-to-passive-smoking.aspx


Adenoids:
Children who are mouth breathers or snore may have enlarged adenoids as one factor causing their Glue Ear. Mouth breathing is a sympton to look out for with glue ear or eustachian tubes that need emptying.
Adenoids harbour bacteria, causing viruses.
Removal of the adenoids is preferred when grommet surgery occurs and will help these children.  Some interesting reading.....  http://webhealth.com/ear-nose-throat/enlarged-adenoids 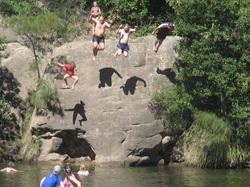 Swimming in water with leaf matter, dead animals, animal faeces like dams and rivers, can be stagnant and harbour bacteria.   Bacteria in the middle ear can cause Otitis Media. It is dangerous for children with perforations (hole)  in their eardrums to swim in rivers/dams without earplugs as this dirty water is going through the hole and into the middle ear. This is very common out in Western NSW areas.