Thank you to all our supporters large and small.

With the support our community, Schools, Health professionals and Businesses we are creating the first mobile ear health and education clinic for NSW.
We would like to greatly acknowledge the following organisations who have come aboard the Ear Bus Project Journey....
Some who have supported us since 2012

The Good Guys launched the new Local Giving Program Token Box in stores, which asks customers to ‘have their say’ and vote for which local community organisation they would like their donation from each transaction, to go towards.
In Dubbo the Ear Bus Project token box has been VERY VERY popular with over $12 000 being donated from 2012-2016. 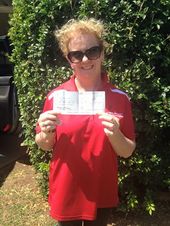 ​2014
A huge thank you to Bernadis IGA (Glen Manson Manager & Eva) for their community chest donation. $3396.47. All helping the project become a reality. 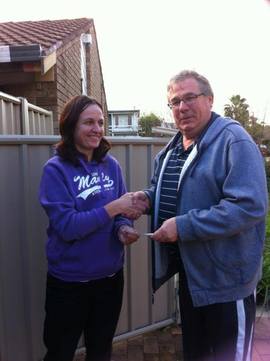 The life of our Hear our Heart Treasurer Ian Redenbach!!!
He is always getting his photo taken with money!!
He was out and about collecting another donation for our charity.
Ian and wife Gini met Shellee and Kath Abel who had left over fundraising and from what used to be Kids Who are in Care Inc. They donated $718.15 to us.Thanks Shellee and Kath.
We used this  to buy more town banners for Gilgandra, Nyngan, Wellington, Trangie and Warren.

Thanks to the wonderful Fisque fitness team for holding another charity family fun day. They raised $136 for our project.
We really appreciate their ongoing support and dedication towards our project. Special thanks to Josh Edwards for coming down early and helping with the set up and a huge thank you to Sarah Tracey for lending her hairdressing skills to beautify all the kids today. 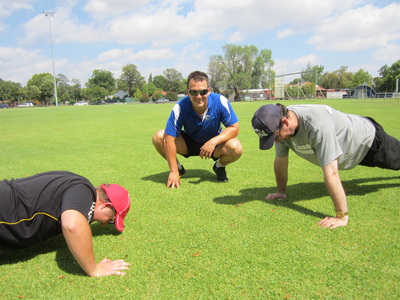 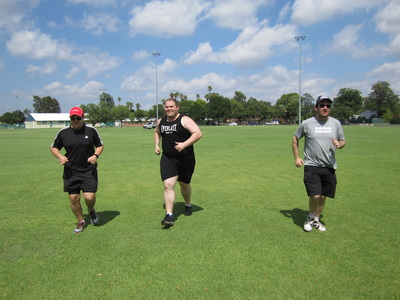 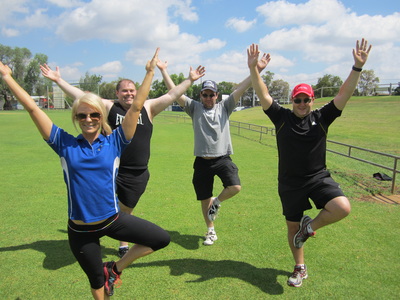 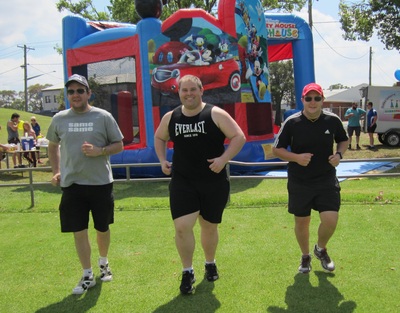 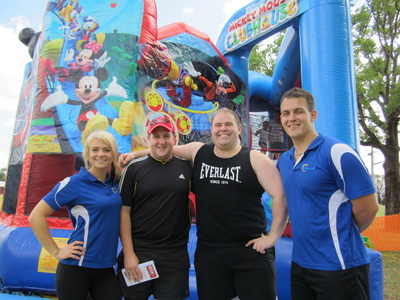 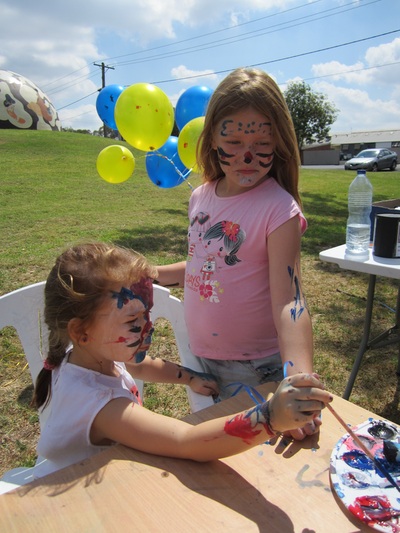 Training Josh Edwards to climb in the Himalayans to raise awareness for Hear our Heart.... 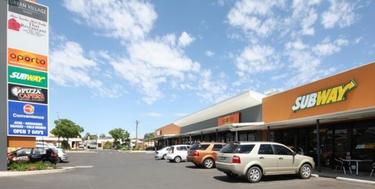 John and Sally Nixon from URBAN VILLAGE
​are one of our generous supporters who regularly encourage costumers to donate their spare change to us via our donation tins on the counter. John was so keen to help the last time he collected a new tin he took 7!!!

﻿
​Cobra Street Subway have a permanent donation tin on the counter for the Ear Bus.
Store Manager Bev Ryan is excited to say she has lost count at the amount of tins she has filled since tin number 8!!!

Click on the logo to go to the Subway website
Money raised so far is over $2000
That is an awesome effort from the generous customers that visit the store. Bev reports that she has many regular customers that always put their spare change in the donation tin. Thanks go out to those people and to Bev for organising the tins.
Cobra St Store 68818588

2013- 2015, now retired previous owner of O'donnells Pharmacy, Joan Frecklington is a big fan of our project. 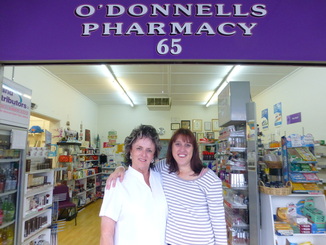 Joan with Committee Member Rachel Mills
​Joan has always supported our project with prizes for raffles etc and believes we are a project worth supporting. She used to see so many scripts being filled to treat ear infections. "It is very important this project" she always said each time a committee member went into the shop!!
Joan is always very happy to support and event we have for Hear our Heart. 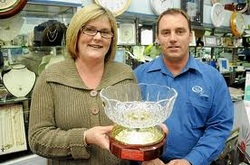 Gina and Warren Brown
Otitis Media is a common subject in the Brown household. Gina has been battling it for years and so did her children when they were young. Gina feels passionatley about giving all children the regular opportunity of having hearing tests at school as poor hearing is the answer to so many childrens learning problems.

Warren and Gina generously donated 100s of dollars worth of beautiful jewellery that was  auctioned at the Gala Ball in Nov 2012.
They have already donated a stunning diamond ring for the Hear our Heart Ear Bus Project 2013 Major Raffle. Stay tuned for more details....

Collected from their donation tin for the month of November 2012. 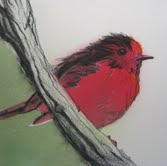 Kim Goldsmith, one of the local Artists that entered two works in the WarmtHeArt Exhibition, 2012 sold the works prior to the exhibition opening, donated 100% of the sale of one of her works.
It's the generosity like Kim Goldsmith's that is greatly appreciated and will see us have the Ear Bus up and running in the future. 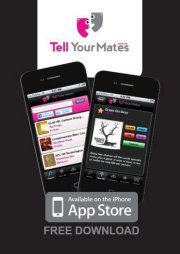 Sharon Leach owner of Classic Glamour and Jen Wolfe from Tell Your Mates both of Dubbo, organised a formal expo in Dubbo. Held on Sunday August 26th 2012 at the Macquarie Inn. Local hairdressers, makeup artists, photographers and the likes displayed their goods and enabled the girls of the area to get a glimpse of what they may like for their own upcoming formals. A year 6 fashion parade and year 12 fashion parade were the main headlines for the day with all of the beautiful dresses available at Classic Glamour Dubbo.
Takings from the door on the day were kindly donated to the Hear our Heart Project.

Printacall support our cause by sponsoring the Silent Hour with the donation of a portable Sound system worth $2000 awarded to the School that raised the most fundraising funds for the cause. the lucky School was North Dubbo Public 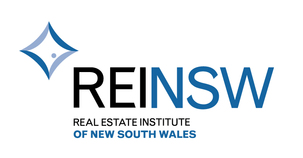 Support by nominating the Hear Our Heart Project as part recipient of this years novice Auctioneer funds raised. October 26th 2012.

We feel very fortunate to live in such an area of supportive people. In 2013 we have felt very humbled by the amount of support arriving regularly.

We have had our regular supporters like Northside Sandwich shop along with Subway Cobra Street and Urban Village in West Dubbo collecting coins on their front counter. We have lost count of how many tins they have had this year!


The following businesses supported us in 2013 and have continued to do so in 2014.


Joan Frecklington is a big fan of the Ear Bus

Joan with Committee Member Rachel Mills
Joan cant wait for the Bus to come as, being the owner of O'Donnells Pharmacy, she sees so many scripts being filled to treat ear infections. "It is very important this project" she always says each time Rachel Mills goes into the shop!!
Joan is always very happy to support and event we have for the Ear Bus.
For the best chemist in town find her at:

Customer Service Is A Must At O'Donnells Pharmacy 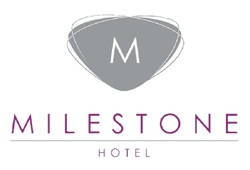 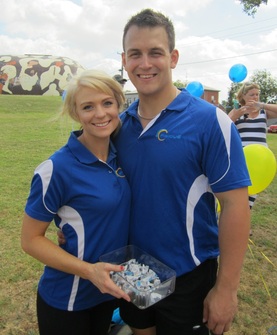 In 2013 they finished up the year with the first MP Body Transformation Challenge. Participants learnt about nutrition and how to change years of unhealthy eating bad habits to make a positive change in their lives. Both Rachel and Josh from HOH were in it. There were some great transformations from the challenge and they also raised $500 for us.
See  http://www.fisique.com.au/news1/charity-workout-january-25th